Tying the perfect knot can be a difficult task. Our tie-guides will take you step by step through the process. 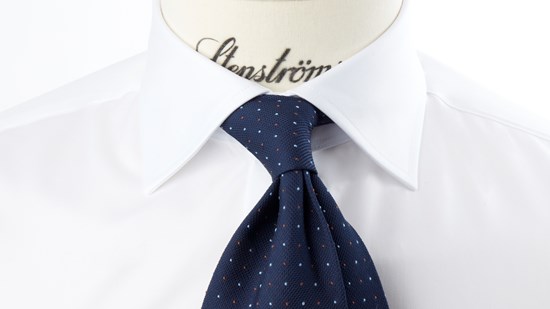 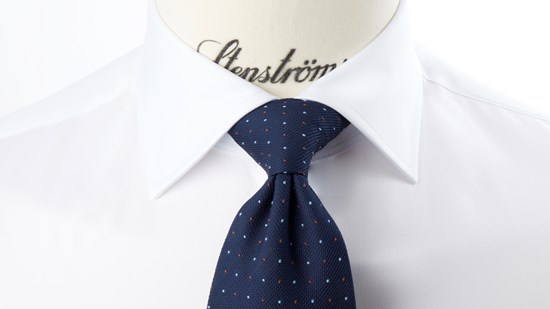 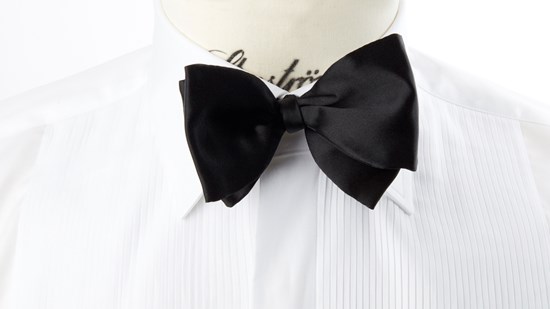 The history of the tie

The ties origin is somewhat controversial, but it is believed that it originates from the garment Cravat, which was worn by Croatian and Ottoman soldiers in the 17th century. The French King Louis XIV saw these Cravats and became very fond of them, and began to wear them in colorful colors, and even his guards wore them. At this time France was the country to look at for fashion, so the Cravat trend naturally spread to England, where the accessory was developed and changed slightly. Some of the fine English gentlemen already wore neck embellishments, but the Cravat was seen as more elegant, and quickly became a favorite with the upper class in England.

During the 19th century, they began to use narrower and not as colorful neck accessories, and the larger and more colorful accessories came out of fashion. With the industrial revolution, the demand for more casual clothes became bigger, and then to have something to wear in the throat that was not as glamorous as the Cravat. It is said that the English club and school ties are close predecessors to today's ties. It was during the 1880s that universities Oxford ordered the first club ties, which quickly became a trend among other schools and clubs in England. However, it was later that the patterned tie saw the daylight, 1900 in Macclesfield. In the 1920s, Prince Edward was a great fashion icon and with him became the tie quickly popular. The prince preferred a more relaxed style, with a slightly looser knot, a style that even the middle class could embrace. When the tie first came, it was mainly used for celebrations and festive occasions, but now it was developed to be used even for everyday use. During the industrial revolution, men used tie each day when they worked in factories and fields.

In 1924, in New York, Jesse Langsdorf patented the way most of the ties are made. It is the same method still used today. During the same time several different grinding knots began to appear, the men wanted to experiment with their style. It was after the Second World War that it got fashionable with ties in color and patterns again, they wanted to show their identity and after many gray years they wanted to be uplifted.

The tie fell out of fashion when the 1950s came, with the strong youth culture where one would dress in t-shirts and leather jackets. With the band The Beatles, the tie became big again in the 60's, but then it disappeared again during the 70's when the hippie culture became popular, then came the 80's and the tie made another come back. In other words, it has been a roller coaster for the tie during the 20th century. Since the 80's the tie has been fairly steady in the fashion picture, with a small dip at the beginning of the century. Now the tie is worn to many different styles. You can use it for both festive events, but also during everyday life, depending on how you match it.